We are delighted to announce that ITW 2022 will welcome four extraordinary plenary speakers:

We are delighted to announce that ITW 2022 will welcome four extraordinary plenary speakers: 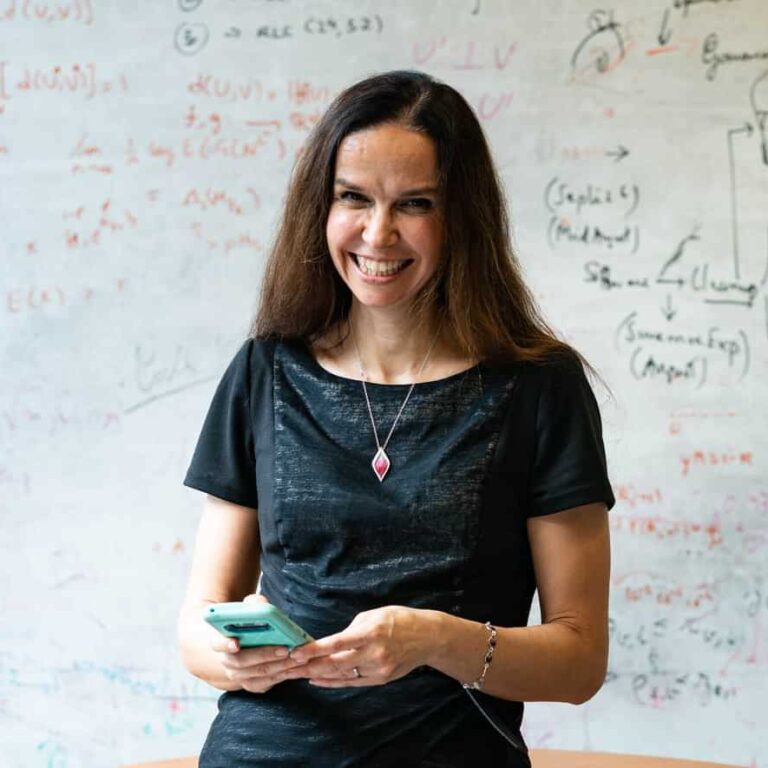 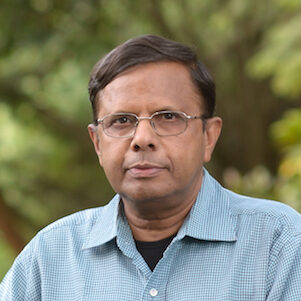 Differential privacy is a definition of privacy tailored to the analysis of large datasets.  The key to the success of differential privacy is the ability to quantify and reason about cumulative privacy loss over many differentially private interactions. When upper bounds on privacy loss are loose, the deployment of the algorithms is by definition conservative, “leaving something on the table.” Under high levels of composition, much potential utility is lost. We survey two general approaches to getting more utility: privacy amplification techniques, which are algorithmic, and definitional changes, which lead to tighter analyses of existing algorithms.

She was awarded the Edsger W. Dijkstra Prize in 2007 in recognition of some of her earliest work establishing the pillars on which every fault tolerant system has been built for a generation (Dwork, Lynch, and Stockmeyer, 1984).

Her contributions to cryptography include the launching of non-malleable cryptography, the subfield of modern cryptography that studies — and remedies — the failures of cryptographic protocols to compose securely (Dolev, Dwork, and Naor, 1991).  She is a co-inventor of the first public-key cryptosystem based on lattices, the current best bet for cryptographic constructions that will remain secure even against quantum computers (Ajtai and Dwork, 1997). More recently, Dwork spearheaded a successful effort to place privacy-preserving analysis of data on a firm mathematical foundation.  A cornerstone of this effort is the invention of Differential Privacy (Dwork, McSherry, Nissim, and Smith, 2006, Dwork 2006), now the subject of intense activity across many disciplines and recipient of the Theory of Cryptography Conference 2016 Test-of-Time award and the 2016 Gödel Prize. Now widely used in industry – for example by Google, MIcrosoft, Uber, and, most prominently, by Apple – differential privacy will also be the foundation of the Disclosure Avoidance System in the 2020 US Decennial Census.

Dwork was educated at Princeton and Cornell.  She received her BSE (with honors) in electrical engineering and computer science at Princeton University, where she also received the Charles Ira Young Award for Excellence in Independent Research, the first woman ever to do so.  She received her M.Sc. and Ph.D. degrees in computer science at Cornell University.

A (Con)Sequential View of Information for Statistical Learning and Optimization

In most communication systems, adapting transmission strategies to the (unpredictable) realization of channel output at the receiver requires an unrealistic assumption about the availability of a reliable “feedback” channel. This unfortunate fact, combined by the historical linkage between teaching information theory and digital communication curriculum has kept “feedback information theory” less taught, discussed, appreciated and understood compared to other topics in our field.

This talk, in contrast, highlights important and challenging problems in machine learning, optimization, statistics, and control theory, where the problem of acquiring information in an adaptive manner arises very naturally. Thus, I will argue that an increased emphasis on (teaching) feedback information theory can provide vast and exciting research opportunities at the intersection of information theory and these fields. In particular, I will revisit simple-to-teach results in feedback information theory including sequential hypothesis testing, arithmetic coding, successive refinement, noisy binary search, and posterior matching. I will also highlight the successful application of these sequential techniques in a variety of problem instances such as black-box optimization, distribution estimation, and active machine learning with imperfect labels.

Tara Javidi is a Fellow of IEEE. She and her Phd students are recipients of the 2021 IEEE Communications Society & Information Theory Society Joint Paper Award. She also received the 2018 and 2019 Qualcomm Faculty Award for her contributions to wireless technology. Tara Javidi was a recipient of the National Science Foundation early career award (CAREER) in 2004, Barbour Graduate Scholarship, University of Michigan, in 1999, and the Presidential and Ministerial Recognitions for Excellence in the National Entrance Exam, Iran, in 1992. At UCSD, she has also received awards for her exceptional University service/leadership and contributions to diversity. Listen to the noise

Careful joint constructions of codes and decoders generally presuppose, often implicitly, isotropic IID models of noise, sublimated into algebraic notions, such as minimum distance. The difficulty of the design of codes and decoders is such that it has to a large extent dominated the construction of the communications architecture stack, from modulation to detection. In this talk, we envisage a different philosophy. We consider taking as a starting point that the core parameter in operating communications system is the effect of the channel characteristics, such as the noise, which are beyond the engineer’s control and often highly time-varying, and which should be considered in terms of their realizations, not their average behavior. The construction of the code can be in effect relegated merely to that of a good hash for verification of the validity of a codeword. In that case, the decoder goes from being code-centric to noise centric. We provide some examples of that philosophy, from guessing random additive noise decoding (GRAND) to noise recycling, that use the real-time realizations of the noise and any statistical knowledge of it, in a code-agnostic way. We argue that the stack can becomes simplified, more modular and far more efficient. All work is joint with Ken Duffy.

Muriel Médard is the Cecil H. and Ida Green Professor in the Electrical Engineering and Computer Science (EECS) Department at MIT, where she leads the Network Coding and Reliable Communications Group in the Research Laboratory for Electronics at MIT. She obtained three Bachelors degrees (EECS 1989, Mathematics 1989 and Humanities 1991), as well as her M.S. (1991) and Sc.D (1995), all from MIT. She is a Member of the US National Academy of Engineering (elected 2020), a Fellow of the US National Academy of Inventors (elected 2018), American Academy of Arts and Sciences (elected 2021), and a Fellow of the Institute of Electrical and Electronics Engineers (elected 2008). She holds Honorary Doctorates from the Technical University of Munich (2020) and from The University of Aalborg (2022).
She was co-winner of the MIT 2004 Harold E. Egerton Faculty Achievement Award and was named a Gilbreth Lecturer by the US National Academy of Engineering in 2007. She received the 2017 IEEE Communications Society Edwin Howard Armstrong Achievement Award and the 2016 IEEE Vehicular Technology James Evans Avant Garde Award. She received the 2019 Best Paper award for IEEE Transactions on Network Science and Engineering, the 2018 ACM SIGCOMM Test of Time Paper Award, the 2009 IEEE Communication Society and Information Theory Society Joint Paper Award, the 2009 William R. Bennett Prize in the Field of Communications Networking, the 2002 IEEE Leon K. Kirchmayer Prize Paper Award, as well as eight conference paper awards. Most of her prize papers are co-authored with students from her group.
She has served as technical program committee co-chair of ISIT (twice), CoNext, WiOpt, WCNC and of many workshops. She has chaired the IEEE Medals committee, and served as member and chair of many committees, including as inaugural chair of the Millie Dresselhaus Medal. She was Editor in Chief of the IEEE Journal on Selected Areas in Communications and has served as editor or guest editor of many IEEE publications, including the IEEE Transactions on Information Theory, the IEEE Journal of Lightwave Technology, and the IEEE Transactions on Information Forensics and Security. She was a member of the inaugural steering committees for the IEEE Transactions on Network Science and for the IEEE Journal on Selected Areas in Information Theory.She currently serves as the Editor-in-Chief of the IEEE Transactions on Information Theory. Muriel was elected president of the IEEE Information Theory Society in 2012, and serves on its board of governors, having previously served for eleven years.
Muriel received the inaugural 2013 MIT EECS Graduate Student Association Mentor Award, voted by the students. She set up the Women in the Information Theory Society (WithITS) and Information Theory Society Mentoring Program, for which she was recognized with the 2017 Aaron Wyner Distinguished Service Award. She served as undergraduate Faculty in Residence for seven years in two MIT dormitories (2002–2007). She was elected by the faculty and served as member and later chair of the MIT Faculty Committee on Student Life and as inaugural chair of the MIT Faculty Committee on Campus Planning. She was chair of the Institute Committee on Student Life. She was recognized as a Siemens Outstanding Mentor (2004) for her work with High School students. She serves on the Board of Trustees since 2015  of the International School of Boston, for which she is treasurer.
She has over sixty US and international patents awarded, the vast majority of which have been licensed or acquired. For technology transfer, she has co-founded CodeOn, for which she consults, and Steinwurf, for which she is Chief Scientist.
Muriel has supervised over 40 master students, over 20 doctoral students and over 25 postdoctoral fellows.
Balaji Sundar Rajan Coded caching deals with reducing the peak hour load in a wireless network by proper choice of placement of data apriori in the caches accessible to the users and reducing the delivery load by coding when the demands of the users are made known to the server later. Starting from the seminal work by Maddah-Ali and Niesen, results have been reported with several variations like, centralized and decentralized placement, multi-antenna server, coded vs uncoded placement, shared link and D2D network, unequal cache size, data and demand privacy, etc. In this talk, after a quick survey of key results, recent research trends will be highlighted along with the challenges encountered.

Sundar Rajan was an Associate Editor of IEEE Transactions On Information Theory (2008-2011 and 2013-2015), an Editor of IEEE Transactions on Wireless Communications (2007-2011) and an Editor of IEEE Wireless Communications Letters (2012-2015). He served as a Technical Program Co-Chair of the IEEE Information Theory Workshop (ITW’02), held in Bangalore, in 2002 and was a member of Fellow Evaluation Standing Committee of IEEE Communications Society (2019-2021). He is a fellow of IEEE, the Indian National Academy of Engineering, the Indian National Science Academy, the Indian Academy of Sciences, and the National Academy of Sciences, India. He is a recipient of Prof. Rustum Choksi Award by Indian Institute of Science for Excellence in Research in Engineering for the year 2009, the IETE Pune Center’s S.V.C Aiya Award for Telecom Education in 2004, and Best Academic Paper Award at the IEEE WCNC 2011.